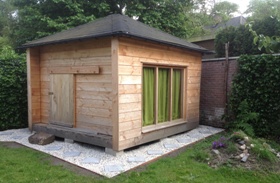 The first part of the seminar was ‘Yoga and Non-salt Half Fasting’ in Mr Koji Kunikiyo’s guidance. Mizue Tamaki wrote about it as follows:

The whole week was meant to cleanse what had accumulated in the body since birth or sometimes before birth. When people don’t feel good, they are busy with what to take but not with what to get rid of. A natural function of the body is to get rid of what is not necessary, but this function cannot withstand all the toxins that are taken in, produced in the digestive and other bodily processes.

Fasting is a traditional way to help the body to get rid of accumulated toxins. However, most fasting regimes are too extreme for body and mind and it often leads one to a rebound after the period of fasting.

The Non-salt Half Fasting system is mild, but not less effective. And it has proven to be effective for slowing down the aging process, helping headache, lower back pain, constipation, etc., that is to say for helping problems for which cannot be found anatomical causes. By eating less, half-fasting, or changing habits of your eating style, you can cleanse your body. 'Why non-salt?' is a very important topic. I will write about it at another time. Anyway, even participants who have studied about diet before and seriously practiced for many years get amazed by the knowledge gained in their direct experience of non-salt fasting and how the life force functions.

Physical exercises also accelerate cleansing process. The daily programme alternated between exercises and theory study taught by Mr Kunikiyo. This theory study was not study of physiology on the paper but through your own living body. You learn to listen to the life force. This is Yoga.

Mr Kunikiyo has been teaching in Laren since 1992. A non-salt fasting seminar began in Laren several years ago. The more I experience and study with the participants, the more gratitude naturally develops in me, for the fact that we are enabled to live by the grace of nature."

On Saturday Evening when all programmed lessons were completed, there was held a question and answer session. This was so good as I thought it was the best Q&A session I had ever attended after Oki-sensei’s death. In the panel there were these four teachers and Ronald Boin, who was trained under Laren‘s teacher training system in 1990’s, has been a dedicated Okido Yoga teacher for 25 years and also working in Laren Dojo as Mizue’s right-hand person for a long time. Questions which were collected at lunch break, were coherently presented by Anna Mackenzie as follows:

* Did you have any Yoga experience before going to the Dojo?

* Do you remember your first impression of the holistic approach of Master Oki towards Yoga?

* How do you see the holistic approach to Yoga practice at the present time in the world?

* In your experience over all these years, please comment on how Okido Yoga philosophy and practical application supports the student through falling down into old habits, coming up, doing well, and falling back again.

* So, how to find balance and continuously cope with the changes that occur?

* Is Okido Yoga a religion?

Short Break was taken here. By this time, about one hour passed by. 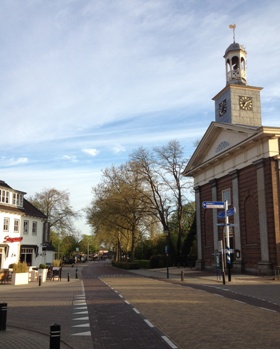 * You have all lived a life being yoga teachers for a long time. While still remaining true to the ethical principles of yoga, I would like to hear your thoughts on how to balance the spiritual aspects with the business aspects of teaching Okido Yoga.

* What did Master Oki say about the future of Okido Yoga, and what was his vision of the future?

* What do you think of his words about the future now, after gaining rich experience of teaching?

* What are your future visions for Okido Yoga?

* As second generation teachers, what do you expect of your student teachers, the third generation; many are not Japanese? 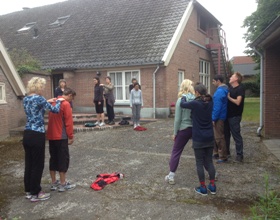 The questions were digging out what the teachers in the panel have in flesh and blood and in thought and experience. As they faced these serious questions and expressed themselves honestly, the contents and atmosphere became deeper and deeper. I could recall Oki-sensei’s Q&A sessions.

The last question was made by a 77-year-old Japanese woman, who impressed everybody with her remarkable smiles and positive energy input beyond language difficulties, to all activities during her stay.

* Aging. I’m going to be 80 in 3 years' time and some physical problems are occurring. It makes me insecure/worrying. How do I prepare my mind? What should I keep as a principle in my mind?

It was answered, ‘Imagine what kind of old person you respect and love. And try to be such a person.’

When two hours had passed by, we ended the session. The questions helped the teachers face their honest inner voices. Therefore the answers were mostly thoughtful, long and deep, especially the one on religion. All attendants felt and commented it was truly wonderful, rich and blessing. Later, I said to Mizue, who usually worries how it goes, ‘It went very well, didn’t it?’ She replied, ‘Yes, because we joined our efforts and abilities together.’ I thought: Ah, yes, this is what Oki-sensei said about Okido Yoga and the dojo life. There is no single teacher standing out, but everybody joins their efforts and abilities together as eating from the same pot.