22 people gathered in Laren Dojo, Holland, in the weekend of 27-29 November 2015, to study under this theme. It was a group of 9 teacher trainees, 8 people who were interested in the theme, and 5 staff members. The first session after arrival on Friday was camomile compress.

In Saturday's first session Mizue led  the Heart Sutra chanting in the Okido Yoga style. She gave a short talk about Okido Yoga philosophy referring to this sutra. She said: The sutra says about void. But it is not empty nothingness. There are all in the state where they are so balanced that are felt as if nothing is there. I thought 'It beautifully relates to a part of the theme, Bayha Kumbhaka'. She also said: Although we chant the Heart Sutra and recite Bodhisattva's Four Great Vows, Okido Yoga is not a part of Buddhism. Therefore, Okido Yoga interprets the last line of Bodhisattva's Vows, instead of saying 'Buddha's teaching, as 'However sublime and difficult are the true teachings of all religion, I pledge and pray to realise them.'

After Saturday's breakfast, I gave 3 blocks of 3-hour lessons over two days. Quality of asana and pranayama practice greatly enhances when kumbhaka, retention of breath, is applied. But never in a forced way.

Such reversing time can be short like natural pausing or intentionally held for a longer time. This breath retention is called 'kumbhaka'. So there are 4 stages in one cycle of breathing: inhalation (Puraka), retention with full lungs (Antar Kumbhaka or AK), exhalation (Rechaka), and retention with empty lungs (Bahya Kumbhaka or BK).

Kumbhaka should not be forced. If you hold the breath too long beyond your own suitable length, you make a gasping sound as restarting breathing. This tenses up your body and/or mind, which is a reverse effect of yoga. We should start with gentle practice, do it every day, and progress step by step until it happens as a natural response.

Kumbhaka is supported by Bandhas, energy locks in the torso. In the study weekend seminar in May 2015, under the same theme, we practised Mula Bandha from the pelvic floor, and Jalandhara Bandha from the throat. The participants then had experienced how stability and resilience increased in performance of asana and pranayama.

In this November seminar, we practised the 4-stage breathing cycle through various asana, stretching and pranayama exercises. As practising this at our own rhythm we got used to the way, then we added Uddiyana Bandha before entering BK. Not forced, but as a natural progress.

Asana, whether static or dynamic, is a practice of the state of dhyana, where body, mind and breathing are to be united in one movement or pose (Three-hold Principle of asana).

When we apply the 4-stage breathing cycles in asana and pranayama practice, we can strengthen our internal muscles as well as enhance our inner awareness during AK and BK.

As mental effects, AK provides positively preparation for the next physical action with a second of checking the posture or standing point. During BK, we can enjoy a connection with the universe even for a second as the completion of that action. Repeat this. This was the 'do-be-do-be-do-' presented in my seminar in 2013.

If we start our practice just by recognising a natural pause of breath for half a second and then gradually engage the pelvic floor muscles as if gently holding urine, everybody can practice Kumbhaka naturally. Never force, which only tenses up both mind and body and then brings an opposite reaction. The effects in the seminar were remarkable for both physical stability and mental calmness. 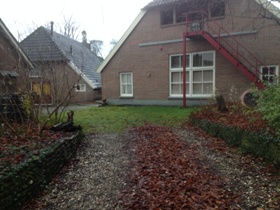 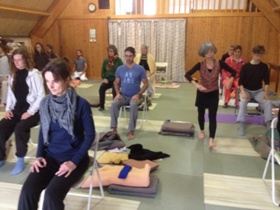 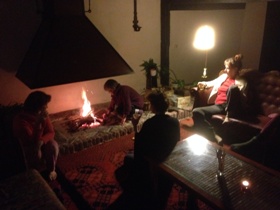 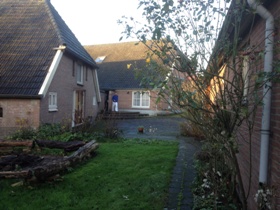 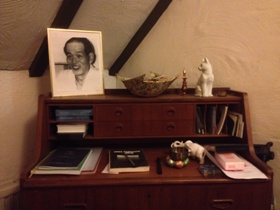 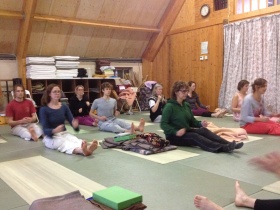 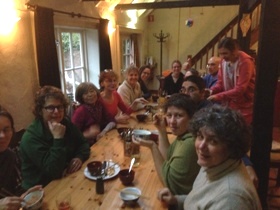 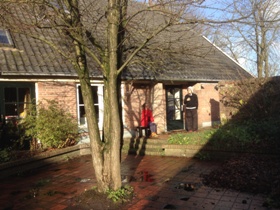 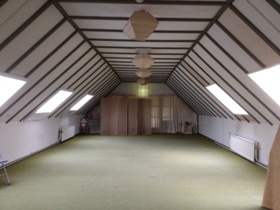 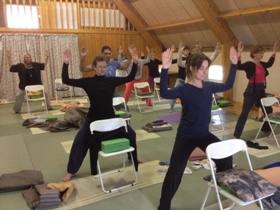 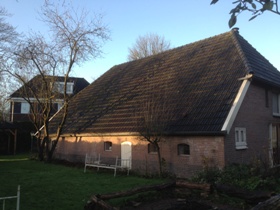